- The K5 is now a ONE-SIZE-FITS-ALL plate carrier that will fit all body types, shapes and sizes.

What about Plate Size?
Good News! The K5 has “one-size-fits-most” plate bags. They will fit any ballistic plates that are sizes S, M or L. To Check if your plates are too big for the K5:
See Maximum Size Here

If you have a further question about sizing-email us at customercare@agilitegear.com.

• Free US & Europe Shipping on this product (and rest of your order)
Customers Return Policy - If you are not 100% satisfied with your purchase, you can return the product and get a full refund. You can return a product for up to 30 days from the date you received it. Any product you return must be in the same condition you received it in. For any further questions and for info on returns from outside the U.S please contact us at customercare@agilitegear.com

• The K5 Plate Carrier is the most comfortable Plate Carrier on the market. Lightweight, durable and combat-proven by SOF around the world, the K5 doesn't skimp on shoulder or under-plate padding like many plate carriers so it rema...ins comfortable during prolonged use. We know missions or training exercises are rarely "fast and dirty" and so comfort during entire days and nights in your plate carrier is critical.
• The K5 design is unique in that the shoulder straps create a propitiatory "V" shape to center mass which spreads weight over maximum surface area and relieves pressure points.

The rear of the K5 plate bags have a triple layer of low profile fusion foam to remain comfortable even when using the K5 with hard steel or ceramic armor plates. Steel or ceramic plates often have hard corners and edges that can dig in to your torso when using regular plate carriers but the K5 has inherent padding to prevent this from happening.

When it comes to the cummerbund, we've thought of everything. The K5 employs our proprietary Fast-Adjust™ Cummerbund that can be adjusted and fine-tuned in real time, by the wearer.
Getting the perfect fit can depend on your specific mission loadout, what you're wearing underneath (which can change mid-mission), or even on how much you've eaten for lunch. We know that the ability to adjust it yourself, on the fly, is critical in order to avoid unnecessary fatigue and compromised combat awareness.

The K5 has a one-size-fits-all cummerbund and multi-size plate bag absolving the need to make complicated and risky sizing choices when buying. You know it will always fit you or members of your team regardless of your loadout or mission set. This is also important for procurement professionals who can be sure it will fit all their guys (or girls) well.

The K5's fast-adjust™cummerbund also has a built-in stretch element which allows the vest to be pulled in nice and tight so it doesn't bounce when you run, but that gives you that inch or so of stretch needed when dropping to a knee so the carrier doesn't squash your torso.

• The K5 has a number of subtle yet critical features that make it better than other carriers including the ability to attach the AMAP II or AMAP 30 Assault packs directly to it in seconds. No threading MOLLE, no hassle.


Agilite products can be purchased through numerous US and other Government procurement contract vehicles including GSA, TLS, Dod Fedmall and others:
If your organization is already set up with one of our distributors below, feel free to reach out to them for a quote: US Dealers Hands down the best carrier I have owned. Fit is stellar, comfortable, and the carrier is extremely adaptable. You can do more with the real estate on this carrier than most other carriers of a similar size.
Between the K5 and K19 I would go with the K5. The cumber bun set up is better in my opinion. I would rather have the increased function that the K5 cumber bun offers over the Quick release ability like the K19.
Love the K5. 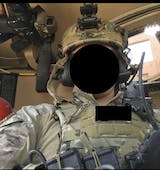 I ordered the K5 plate carrier after using the K19 and love them both. It is one of the most comfortable versatile carriers I’ve had. My wife loves it so much she uses it while doing her CrossFit for the extra weight and while working out. Would recommend it to anyone!

I love it good product!

Mainly if you need a little more mounting space, this carrier is just about perfect. The K19 is arguably better because of how fast you can get it on or off but that’s something that you will have to decide. If you need to mount a little more get the K5, but sacrifice a bit of speed donning and doffing. If that latter portion is your priority then I’d definitely I try get the K19. Most people would agree with you I’d imagine as evidenced by the lack of production anymore. I have both and absolutely love both, but the Mrs. gets the K19 - she likes it more and it probably is going to be a choice more people make. But this K5 is just plain incredible if you’ve never worn anything other than older police and military issue stuff. Doesn’t quite put Crye or First Spear to shame but it’s a closer race than I thought I’d imagine… as in its better. This thing makes the case for being the best carrier that has ever been made.